Self-taught photographer Tierney Gearon exploded onto the art scene in 2001 with her “I am a Camera” exhibition at Charles Saatchi’s gallery in London. Since her controversial debut, Gearon has pushed the envelope of contemporary photography.  “The Mother Project” and “Daddy, where are you?” offered an intimate look into Gearon’s relationship with her mother, capturing the raw intensity of family dynamics and celebrating the artist’s free spirit. In 2009’s “Explosure,” Gearon pushed her photography to new heights, using double-exposures to produce groundbreaking narratives.

Gearon’s photography has been exhibited at many prominent galleries and museums worldwide, including Gagosian Gallery, Yossi Milo, Ace Gallery, the Parrish Art Museum, Scottish National portrait Gallery, and Philips de Pury and Company Gallery. In December 2012, Gearon photographed 13 Oscar winning actresses, for a series titled “Hollywood Heroines,” which was published in the New York Times Magazine. A preview of her “Shape Color” images was on view at paris Photo and Los Angeles photography Art Fair. Her children’s photography art book, “Alphabet Book,” will be published in the Fall of 2013.
​
Gearon’s exhibit “EXPLOSURE” was on display at the Eastern Star Gallery in the fall of 2013. On October the 10th, the artist talk and opening were held. 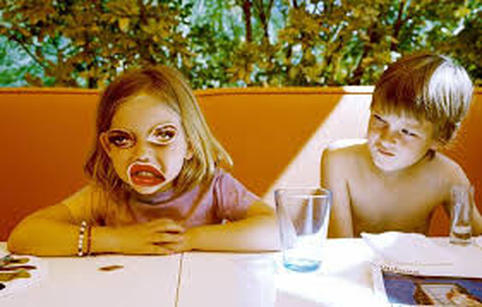